Posted on February 5, 2015 by storyboardsinc

We’re more than suckers for the annual Super Bowl ad buzz. We have good reason to be, though, with several of our talented artists working on spots that aired both nationally and regionally during the big game. Join us in congratulating the following artists on their jobs very well done!

The always comical Jeff Bridges is helping America get to sleep with his new Squarespace spots. We’re thrilled to say that two of our stellar artists worked on this commercial. Lyle Grant drew the storyboards for Wieden+Kennedy, AND Jiye Choi drew the shooting boards for Anonymous Content. 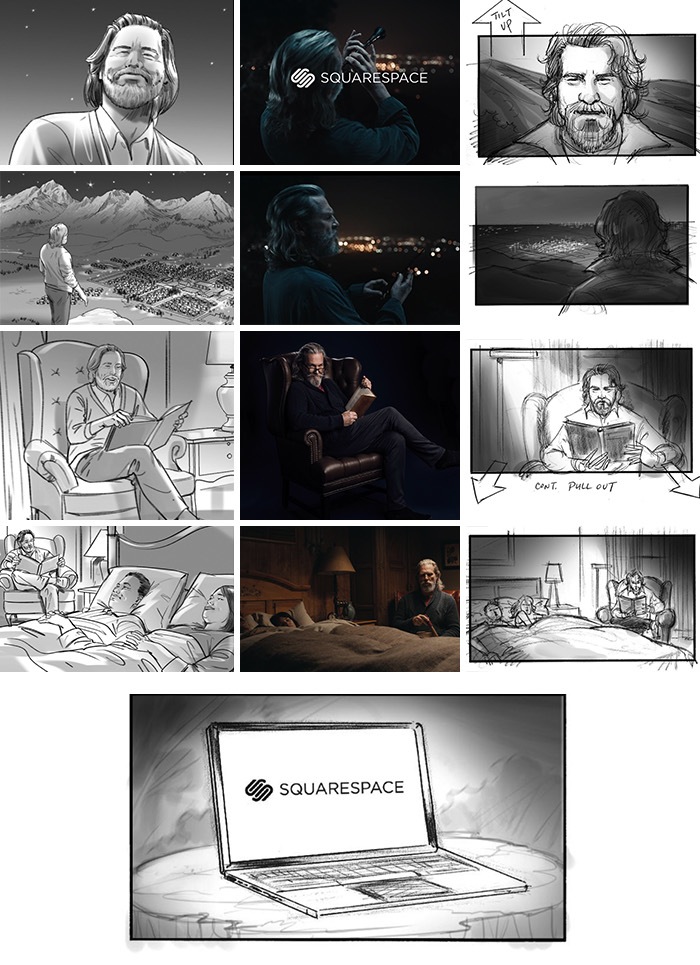 Jack In The Box always finds a way to make us smile. Our very own Bryan Deloach drew the shooting boards with Rabbit Content and David&Goliath. This spot featuring the food chain’s mascot Jack, follows the irresistibility of cowboy cooking. As Jack says, you “butter believe it.” This ad aired regionally. 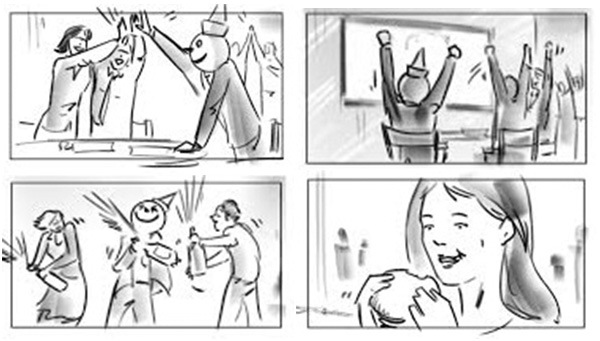 Our very own Josh Hayes drew the storyboards for MJZ  featuring Pierce Brosnan in this Kia commercial! Brosnan’s Hollywood agent details the plot of a new movie he is to star in. We’re pretty sure Katy Perry’s half time show helped ignite the fireworks in the cabin at the end of the ad! 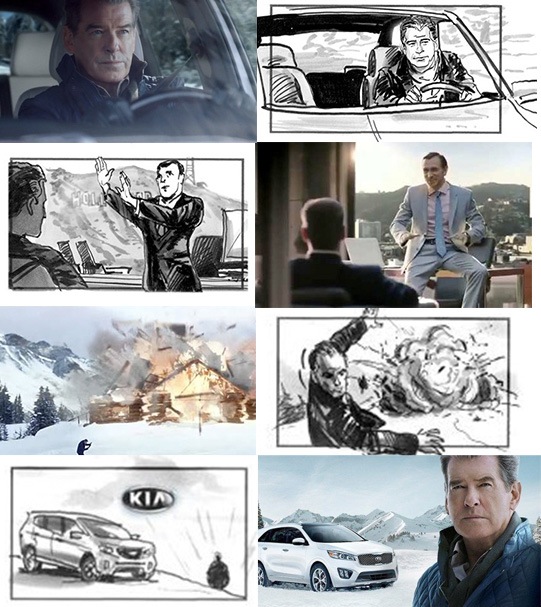 Much like Budweiser, First Bank and TDA Boulder hopped on the trend of hiring golden retriever puppies for ads this year. We don’t mind! Cuteness overload! This regionally aired commercial was produced by Furlined and Josh Hayes drew these adorable boards.

How hilarious were those Esurance “sorta” commercials by Leo Burnett? We’re more than sorta impressed with our artist Peter Carpenter’s work on these two spots. The first featured the famously reckless Lindsay Lohan driving to pick up kids from school. The second featured Breaking Bad star Bryan Cranston as a pharmacist. Talk about celeb-studded spots.

Missy Elliott wasn’t the only 80s star to resurface during the Super Bowl this year. Salt-N-Pepa brought back push it in these make-you-giggle ads for Geico. Ivan Cat drew the boards for Hungryman.